The health and safety of our staff, customers, and community is our top priority. Read an important message from Vann York Honda 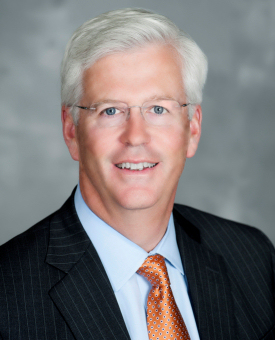 Greg York leads a third generation of auto industry entrepreneurs. Greg began his automotive career in 1987 following a successful stint as a bond trader with NCNB Bank in Charlotte, North Carolina. He worked first overseeing the Toyota franchise, took the reins of the Honda dealership in 1990 and then became President of Vann York Automotive Group in 2000. Greg spearheaded the purchase of the Buick, Chevrolet, Cadillac, Nissan, and GMC franchises.

Greg’s leadership has ushered in two decades of prosperity and growth for the organization. Founded as a single franchise in 1971, Vann York Automotive Group now operates four dealerships representing 10 franchises, a finance company, and used car operation. The company has received numerous industry awards for sales and customer service as well as the NC Family Business of the Year Award and the Better Business Bureau Torch Award.

In 2014 each dealership was awarded its manufacturer’s top award: President’s Award for Honda and Toyota, Owner’s First for Nissan, and Mark of Excellence for Chevrolet. Vann York Auto Group has annually been named Best Auto Dealer by the High Point Enterprise “Best of the Southern Triad” readers’ poll since 2003.

A graduate of Duke University and UNC’s Kenan Flagler Executive Institute, Greg was named in 1995 as one of the Triad’s Top 40 Leaders Under 40. He has received the Man and Youth Award from the Boys and Girls Club, and the Distinguished Alumni Award from Westchester Country Day School.

Greg was named one of four finalists for the prestigious Time/Ally Dealer of the Year Award from a select group of 55 dealers and 17,000 nationwide nominations. The award is given based on dealership performance and community involvement.

Greg is an involved participant of the High Point and greater North Carolina communities, serving the following organizations: